You Registered for the DEI, Now What? Coffee Chat with Becky Kekula 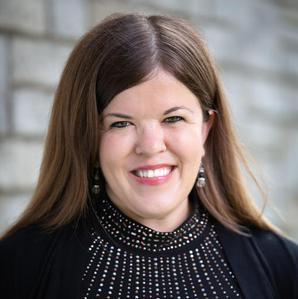 Attendees will gain valuable information on best practices for completing the DEI, the benefits to the company even if the organization does not score well and a roadmap towards creating a disability-friendly workplace.

Becky received her Bachelor of Science in Marketing from Providence College, where she started to gain a passion for influencing change behind the scenes in the entertainment industry. Upon graduation and after 1,000 applications, 100 job interviews, and three temporary job assignments, Becky started working full-time in the Entertainment Marketing department, followed by the Comedy Touring department, at Creative Artists Agency, the world’s leading entertainment and sports agency. Five years later, she worked at CBS Television Studios, where she assisted with the casting of pilots and television series. During this transition, she also served as the Marketing Director and Co-Founding Board Member of the Catalina Film Festival. She also founded DisABILITY In Media, which focuses on positive disability inclusion storytelling through social media.

After her six and a half years of working in the entertainment industry, Becky launched a public speaking business. A prolific public speaker and advocate for disability inclusion on a global scale, she has spoken at over 200 venues, including schools, corporations, nonprofit organizations and government agencies, throughout the United States and beyond. She’s really passionate about disability inclusion in schools, the workplace, and everywhere else.

More recently, she spent three and a half years working in the Equity & Inclusion department at Screen Actors Guild-American Federation of Television and Radio Artists (SAG-AFTRA), the world’s largest entertainment union. At SAG-AFTRA, she supported the implementation of a national diversity plan of action to achieve accurate representation of those groups historically excluded from the entertainment and news media.

Becky currently serves as the Little People of America (LPA) Employment Chair and she’s on the Board of Advisors for the National Center For Disability Journalism (NCDJ) at Arizona State University.